The addition of fungicides is a common and effective method to control the growth of microorganisms
Your Current Location: Home >> News >> Industry News

The addition of fungicides is a common and effective method to control the growth of microorganisms. Bactericides [1] are usually divided into oxidative and non-oxidative types. Oxidative fungicides generally include ozone, chlorine-based fungicides, chlorine dioxide, bromine-based fungicides, etc. The typical feature is that the fungicides themselves are oxidative or hydrolyzed. It has oxidizing properties, and this type of fungicide has the characteristics of rapid sterilization, and is often the first choice for sterilization in various fields. Non-oxidizing fungicides generally include quaternary ammonium salts, quaternary phosphonium salts, glutaraldehyde, isothiazolinone, etc. These fungicides are generally used as supplements to oxidizing fungicides, and are alternately used for microbial control. As chemicals, some fungicides have potential safety hazards in the process of production and transportation, and some fungicides increase the COD of water after use, which is not friendly to the environment. 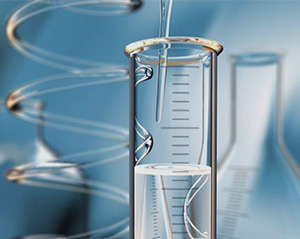 With the maturation of electrode materials and engineering technology, electrolytically active chlorine sterilization, as a "clean technology", is expected to develop rapidly in water bodies containing chloride ions. Electrolytic active chlorine sterilization does not require the addition of chemical agents, and generates effective chlorine with bactericidal effect through continuous electrolysis of chloride ions in water. The technology does not cause an increase in the concentration of chloride ions in the water, thereby reducing the corrosion of water quality to equipment and pipelines, and has the advantages of high efficiency, low cost, and environmental friendliness.

The hypochlorite or hypochlorous acid produced by the electrolysis of water containing chloride ions can be used for sterilization of drinking water, industrial circulating cooling water, seawater and medical water. Electrolyzing water with high chloride ion content (such as seawater) or adding hydrochloride to water can produce high concentrations of active chlorine, and its bactericidal effect has been generally recognized [3-5], but high concentrations of chloride ions and active chlorine will cause water quality problems. increased corrosiveness. In order to solve the problem of enhanced water corrosiveness, researchers began to study electrolytic sterilization of solutions with extremely low Cl- concentration in the 1990s [6-9].